Russian bear dog; A gentle giant for your protection 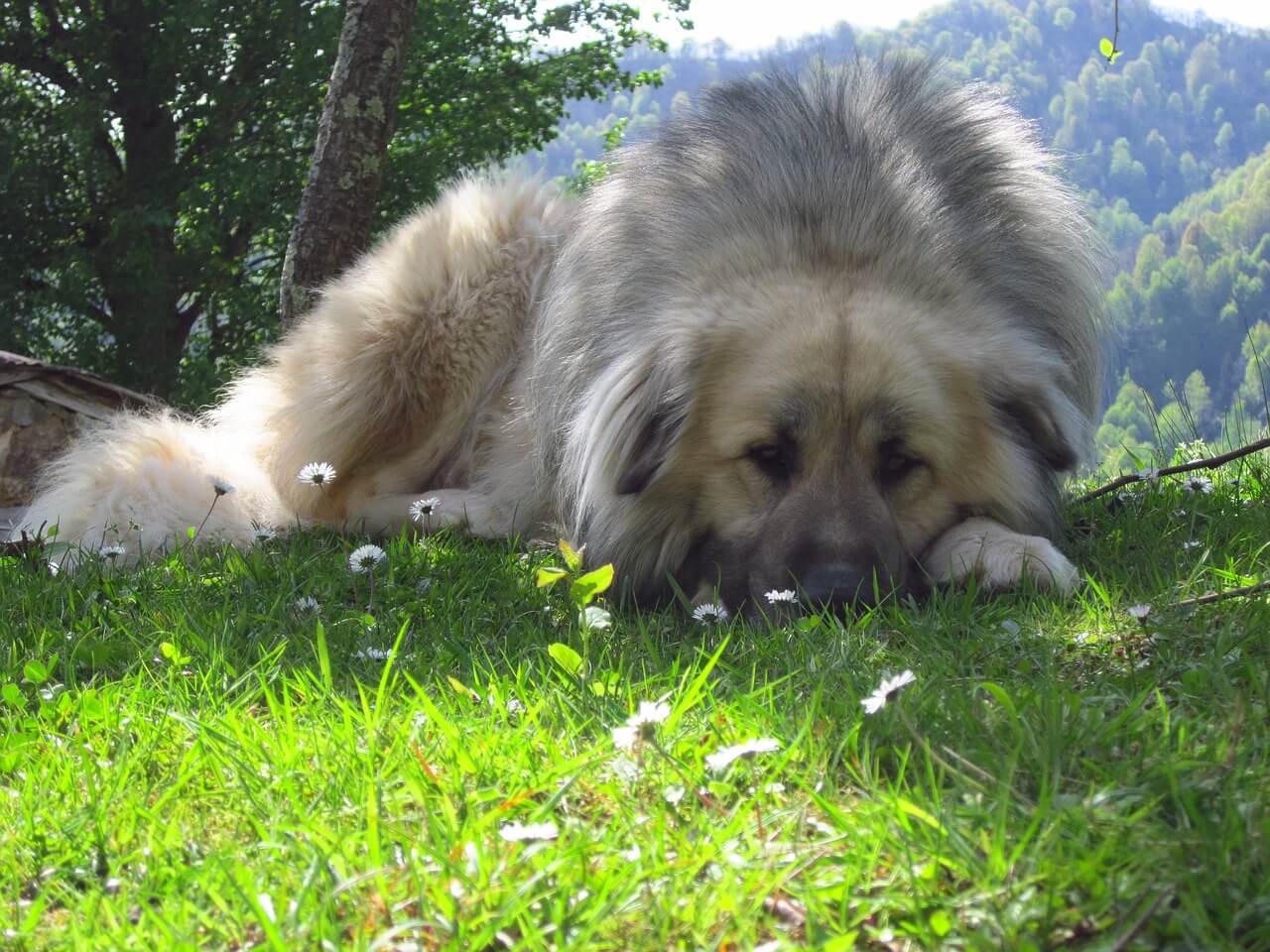 Although cute little puppies are favorite and popular among many dog lovers, a group loves to adopt a large-sized breed. Their intention is not only to pet them but also to protect their family and property with the dog’s support. We have several kinds of large dogs, and the breed, Russian bear dog is one of them. The breed is known as different names like Russian bear hunting dog, Caucasian Shepherd Dog, or officially Caucasian Ovcharka. They originated from the Caucasus Mountains in Russia, used for many years as guard dogs to protect livestock.

The appearance of Russian bear dog

As we mentioned earlier, the Russian bear hunting dog is huge in size. But do not confuse with the name ‘bear hunting,’ the dog does not hunt the bears. However, he is similar to the appearance of a bear. The breed has a broad body with noticeable muscles. Their paws are huge while they have short legs with an athletic body.

These dogs look braver with a broad skull and a flat forehead. The eyes are in medium size, and they oval-shaped and brown. The triangular-shaped ears are one of the noticeable features in the Russian bear hunting gods, and they are set in high.

In talking about the height and weight, normally a male dog may grow up to 200lbs in weight and from 28-35 inches in height. The females have a slight difference as they grow 180lbs in weight, and their maximum height is approximately 26-31 inches. Russian Bear dogs become huge when they are mature and considered one of the world’s largest purebred dogs.

We can find the Russian bear dog in many colors such as gray, fawn, white, tan, etc. Their fur is unique and eye-catching as it is double-coated. The outer layer is long and coarse, while the inner coat is more soft and delicate. When the outer coat is long, appear to have a mane around the dog’s neck and thick feathering on their hind legs and tail.

A protective kind of breed, the Russian bear dog, is used to safeguard livestock in ancient times. Likewise, nowadays also the breed is commonly adopted as the family guardian. Although they are giants due to the oversized body, the kind is very loyal and attached to the owner while looking more aggressive and distrusting strangers. If something happens to them strangely, which is out f the usual way, they tend to bark loudly.

The proper training is essential because if they lack discipline, the dog can be more ferocious and uncontrollable. Thus, the Russian bear hunting dog needs to be properly socialized. At the same time, they are not hyperactive or even lethargic. Overall this dog breed is healthy and robust, but sometimes they may have some genetic diseases; hip dysplasia, Elbow Dysplasia, Cataracts, Obesity, etc. A healthy, well cared Russian Bear Dog lives around 10-12 years on average. 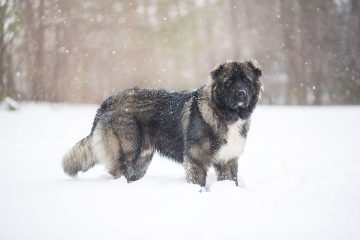 The Caucasian shepherd, or Ovcharka, is a gentle and devoted dog breed. There is a wide variety of coat lengths and colors among Caucasian shepherds. This gentle giant, weighing up to 77 kilograms, is naturally Read more… 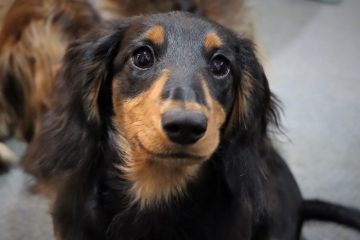